Musings on Point of View

Musings on Point of View 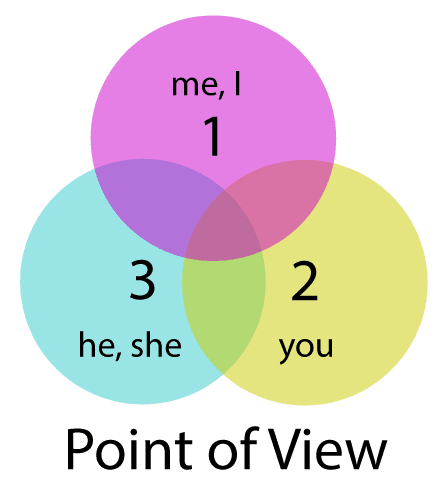 In my early drafts of The Sleeping Lady, I was the narrator, writing in the third person: “she took another bite,” “he loomed over her.” The story unfolded from the points of view of two characters: Rae and Detective Hernandez.

This seemed to me to be the easiest way to give vital information to the reader—always a given in a good mystery. The idea is for the reader to solve the puzzle in the end, perhaps just before the sleuth does or simultaneously. To play fair with readers, the author can’t withhold vital information.

Because my sleuth is an amateur—she owns a shop—she isn’t privy to all the information that detectives can suss out through questioning suspects and witnesses. Nor does she have access to forensic evidence. Hence, my writing half the scenes from the detective’s point of view.

But then, on the advice of a wise editor, I decided to have only Rae’s point of view, so that she could be driving the action. And once I did that, I decided to use the first person and have Rae tell the story.

But how to get across the information that the police were uncovering? My solution was to rely on other characters to impart it to Rae (and readers) second-hand. For instance, in early drafts, Detective Hernandez attended the victim’s autopsy and learned some vital information. But in my revised version, Rae learns that information from Garrett, who was informed by the police.

Likewise, gone is the scene where the detectives interrogate Julien in the presence of his mother. Instead, I have Julien excitedly filling in Rae after the fact, describing exactly what took place during the interview.

Granted, it’s a little trickier to make it all seem natural, but the advantage is that Rae gets to speak directly to the reader. I found that she became much more likeable as I revised the story to be in her voice. In fact, I feel that I know her better than ever, which is proving invaluable as I write the next book in the series.